Some of our favorite winter stuff

1. Tasty energy snacks from large and small producers across the country? Sounds great! That won’t freeze in our ski packs? Even better! And shipped right to our front door? Where do we sign up? Meet The Feed Winter Sport Box. Several days after chatting with a Feed expert about your training objectives and your tastes, expect a customized box of energy-rich goodies to arrive at your home. Included will be a variety of mostly fruit-based bars and treats—oat-based bars often harden in cold weather—many of which you can’t find in stores around town. We loved the Taos Mountain bar and the Bearded Brothers energy bars. Starts at $45, including shipping, thefeed.com

2. Windproof underwear is so 2000. Fleece underwear is just gross. So how’s a winter athlete to prevent a frostbitten derriere? Valley women have been rocking down skirts for a couple of years now. (We particularly love them on the Glory bootpack when there’s a raging subzero tailwind.) Big Agnes’ new Zirkel Circle Skirt is the best one yet: wrap-around, just-above-the-knee, stuffed with 700-fill DownTek™ water-repellent down, and with a wind- and waterproof ripstop nylon shell. Are any men man enough to go for one? And yes, the Zirkel comes in a color other than fuchsia: black. $130, bigagnes.com

3. Whether you’re wondering what ski to check out first at Jackson Hole Sports’ Rossignol Experience Center or looking to buy the single perfect ski for our resort, we humbly offer up Rossi’s playful Experience 88. This ski is exceptionally versatile, quick and responsive in short turns and bumps, and, while it’s too narrow for serious float in powder, it loves the chop. $700, 7720 Granite Loop Rd., Teton Village, 307/739-2687, rossignol.com 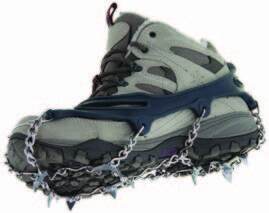 4. Shaped skis were a nice innovation. Kahtoola’s Microspikes might be the greatest thing to ever happen to snow travel. These minicrampons, which are small enough to fit in your pocket until they’re needed, have no special straps or laces. Just slip them over most any shoe or boot. Once on, they stick to snowy sidewalks, as well as Cache Creek and Snow King’s sometimes-icy trails. They really might be the best thing ever. $64.95, kahtoola.com

5. You won’t say it, so we will: Chest harnesses and helmet mounts for your GoPro (or other POV camera) generally suck. Thank Ullr for Peak Design’s CapturePRO, which lets you mount any action camera, or point-and-shoot camera, directly onto any strap or belt—from backpack straps to PFD straps and even straps on ski boots. There’s no sticky adhesive, helmet, or screws necessary. The end result? Smoother video and less bulk. And less suck. $70, at Teton Mountaineering and peakdesignltd.com

6. Last fall, longtime area ski guide Tom Turiano came out with Jackson Hole Backcountry Skier’s Guide: South. The four-hundred-plus-page tome far exceeds any ski guide, perhaps ever written anywhere. Seriously. It includes over 1,000 ski routes in the Snake River Range, the northwestern Wind Rivers, the Gros Ventres, the Wyoming Range, the Salt River Range, and the southern half of Teton Pass. Because Turiano, who skis upwards of one hundred days a year, seems as obsessed with history and geology as with skiing, even nonskiers will find the book interesting. Woven through it all is Turiano’s dry, matter-of-fact humor. At twice the price, it’s still a bargain. $95, available online and at local book and backcountry ski shops, selectpeaks.com

7. Jackson-based Stio is behind both our favorite new base layer and the season’s best fashion puffy. We thought base layers were as awesome as they could be until we tried Stio’s new Basis Stretch Merino Crew. Available in men’s and women’s, the only thing more perfect than its fit and feel is its marriage of soft, wicking wool with stretch. Now that we’ve tried a stretchy base layer, we’ll never go back. We will wear a layer over it, though, at least if it’s Stio’s Hometown Down Parka (men get the Hometown Down Jacket). Yes, it’s stuffed with 650-fill, water-repellent goose down but its best feature in our opinion? The cheery pesto color. $115, $325, 10 E. Broadway, 307/201-1890, stio.com 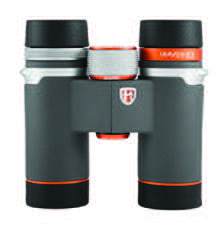 8. Binoculars you’ll pass down to the next generation? Yes, if they’re made by Lander-based Maven. The new company’s B Series impresses with superior low-light performance, tack-sharp edge-to-edge clarity, and generous depth of field. They stand up to the most expensive binoculars in the world, except in price. By selling directly to consumers, Maven specs are a fraction of the price of their competitors. Our favorite? The B.3, for its midsize optics packed into a chassis compact enough to easily fit into even our smallest daypack. Maven also allows customization—pick the body and one dozen other elements—so you can build your perfect binoculars. Starting at $500, mavenbuilt.com 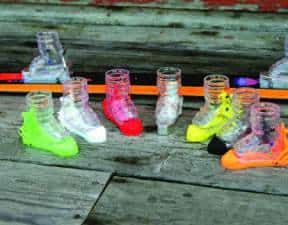 9. Of course the new(ish) Teton Gravity Research (TGR) store sells a boot and binding system for the most hard-charging après-skiers around. Meet the Shotzski: a clear, PETG plastic boot that can hold 3.5 ounces of your chosen libation and attaches to a releasable binding (so you can remove the boots and put them in the dishwasher) made from a nylon and plastic compound. Installation of the bindings—sold in sets of four, ski not included—onto one of your old boards requires eight screws and less than an hour. $79.95, 1260 North West St., Wilson, 307/734-8192, tetongravity.com

10. We thought we’d sooner see a unicorn than meet a nonslip winter boot that doesn’t look combat-ready. Swedish Icebug has done it, though. The Diana-L BUGrip® has a suede upper with a full-length zipper and laces for fashion and function. These waterproof and breathable boots hide their best feature on the bottom, however: Soles are lugged and dotted with carbide-tipped studs. $195, icebug.com